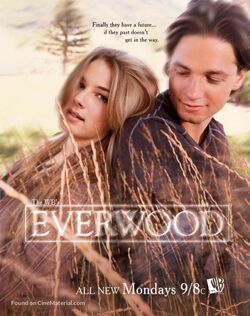 The beginning of Season 2 reveals Colin's fate. The entire town blames Andy for "killing" Colin. They stop going to his practice and shun his children. Andy stands by his decision and eventually admits to Ephram that he could have saved Colin's life, but he would have been mentally and physically disabled and, at Colin's insistence, promised that he would not let him live that way.

Amy struggles with Colin's death and falls into a deep depression, eventually going on medication and meeting Tommy Callahan, a drug-dealing loner who becomes more than a friend. She considers sleeping with Tommy but backs out of it every time he brings it up. Harold buys her a new car to try and cheer her up, but Amy continues to act out and fail in school. Rose (Merrilyn Gann), Harold's wife and the town mayor, tells her husband that he is babying her and she is unwelcome in her house until she follows the rules, which forces Amy to move in with Edna. Amy's downward spiral continues until Tommy takes her to a wild party. He gives her a bottle of water laced with GHB, a date rape drug. Already intoxicated, Amy drinks it, then has a hallucination of Colin, who tells her to let him go and to get on with her life. The vision shocks her back to reality, and she realizes that Tommy has drunk most of the water himself and subsequently overdosed. Amy does the only thing she can think of and calls her father for help. Tommy recovers, but Amy is scared straight. She dumps him, moves back in with her parents, and begins to improve her behavior and mood.

Ephram, meanwhile, has found love with Madison, a 20-year-old college student whom Andy has hired to babysit Delia. She is a girl whom Ephram initially despises for her condescending attitude toward him. After a few false starts, he eventually loses his virginity to her.

The second season has several other important plot developments. Andy finds a new love interest in Linda Abbott, Harold's globe-trotting sister, also a doctor but practicing in Africa. A scandal at Harold and Linda's office occurs when it is discovered that Linda had contracted HIV from a victim of an African civil war incident. As a result, Harold loses his liability insurance coverage, and Linda quits her holistic health practice and leaves town, also ending her romance with Andy. Harold tries to open a new bagel shop but meets with failure. Andy then invites him as a partner, since Andy's insurance would cover Harold's practice. Harold reluctantly agrees.

Nina goes through a divorce with her recently outed husband Carl and has to go to court over custody of her son Sam, a case which she eventually wins with Andy's support.

Ephram continues his on-and-off relationship with Madison. In an effort to prove how mature he is, he sneaks into bars to see her band and produces many awkward moments by showing up when she is out with her college friends. Finally she decides that the timing of their relationship is off and breaks up with Ephram. She tries to continue working with the Browns, but Delia fires her, saying that she likes Madison but that Madison's presence makes Ephram sad. She later confesses to Andy that she is pregnant with Ephram's child. Andy tells her he will pay for all her expenses if she agrees to keep the pregnancy from Ephram. He believes that Ephram was forced to grow up very quickly by the death of his mother and that—if he learns of the pregnancy—his sense of decency will compel him to stay with Madison, something for which Andy believes he is not ready.

Amy asks Ephram to stay in Everwood, so that they can figure out if a romantic relationship would work between them. However, he is accepted to a summer program at the Juilliard School of Music. He is torn between going to New York and staying with Amy. When he leaves to study music at Juilliard, Amy accompanies him for ten days in Manhattan and, after she returns to Everwood, they continue their relationship long-distance. 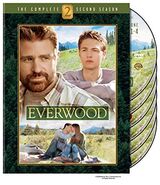 Add a photo to this gallery
Retrieved from "https://everwood.fandom.com/wiki/Season_2?oldid=5476"
Community content is available under CC-BY-SA unless otherwise noted.